Mr. Geoff Crossley and a few other parents decided to start a team where local youngsters could play and enjoy organised football. During one match, the goalkeeper was injured, so Geoff elected to put his own son, Mark, “in the nets.” Mark Crossley progressed to make almost 400 appearances for Nottingham Forest in goal. He also played in the Premier League for Fulham and Middlesbrough and at International level for Wales. Mark was the only goalkeeper to save a Matt Le Tissier penalty.

Another Falcons player who has played in The Premier League for Barnsley and several seasons for Sheffield United is Chris Morgan. More recently and a future Premier League player; Blackburn Rovers and Scotland international Jordan Rhodes appeared for Hoyland. Several ex-players have made careers as professional footballers at several lower league clubs including Barnsley and Rotherham United.

Over the years, Hoyland Common Falcons JFC has gone from strength to strength – now widely acclaimed as the most prestigious and successful junior football club in South Yorkshire.

Having celebrated their Silver Jubilee Season in 2004, Hoyland Common Falcon JFC, has progressed to a position where there are 11 teams consisting of approximately 180 children. They play in the Sheffield and District Junior Sunday League, which is the largest junior football League in Europe.

Emcon Services sponsors the Under 18 age group who play in the Sheffield & District Under 18’s Sunday League Premier Division. In a squad of only 15 players, they have 4 players who currently represent South Yorkshire and also feature 9 ex-Academy players. They currently sit 4th after 7 games with 4 wins, 2 defeats and a draw following a convincing 4-1 victory on Sunday versus 2nd placed Sheffield United Junior Blades. In what will be a very closely contested division a successful season is promised. 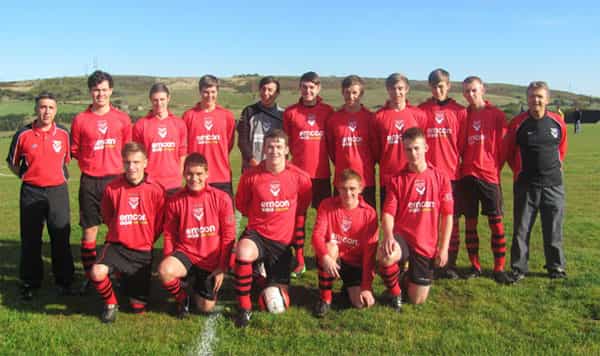